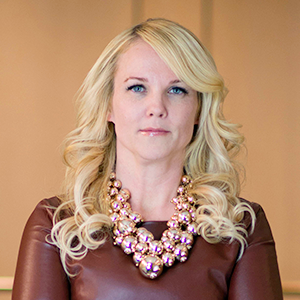 Kerry O’Reilly Wilks is the Chief Legal & Compliance Officer, TransAlta.  Her portfolio spans legal, external relations, regulatory and market policy, corporate secretarial, governance and trading and operational compliance. Formerly she held the role, Head of Legal, North Atlantic & UK, for Vale S.A. (Base Metals Business), one of the largest mining companies in the world.  In her previous role, Kerry oversaw all legal issues arising in North America and the UK. Prior to this position, Kerry sat as the Head of Legal, Corporate and Marketing, for Vale’s Base Metals Business, as well as the Global Chief IT Counsel for Vale globally across all business lines. She has also occupied a senior strategic advisory role regarding Vale’s Asia-Pacific affiliates, as Head of Legal, Asia Pacific, where she faced all the challenges associated with being the legal representative of a publicly traded multinational dealing with foreign governments, foreign regulators and significant business partners.

In addition, Kerry has been a driving force for innovative projects at Vale, including the creation of a legal knowledge management system.

Kerry sits on the Board of Directors of The Giles School, a not-for-profit French/Mandarin school in Toronto, as well as on the Board of Directors of St. Michael’s Foundation. Kerry is the Founder and Chairperson of Malachy’s Soiree, an annual gala to support the Neo-natal Intensive Care Unit at St. Michael’s Hospital. Kerry is a Sponsor under the GoSponsorHer campaign and does extensive work mentoring young women, as well as women and children in high risk circumstances.

Kerry was named as one of Lexpert’s Rising Stars – Top 40 under 40 lawyers in Canada in 2012. She was also awarded an Alumni of Distinction award in 2015 by the University of New Brunswick for her significant contributions to her profession on a global scale. In addition, Kerry was named one of the Top 25 Most Influential Lawyers in Canada by Canadian Lawyer magazine in August 2017.